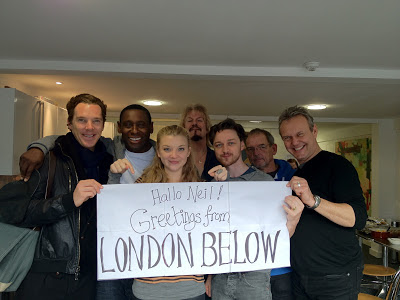 (It'll start on Radio 4 and then go over to Radio 4 extra.) The adaptation is by Dirk Maggs, who did the last three Hitchhiker's Guide Radio adaptations. He's co-directing it with producer Heather Larmour, who is the one who went off and made this happen after a small enthusiastic chat in a London coffee shop much earlier this year -- the kind of conversation that you have that normally just leaves you feeling happy, but doesn't actually turn into anything real. This time it did.

Posted by battyward at 1:00 PM