So I am both jonesing and apprehensive for  tonight's first season finale of True Detective. It's been a long time since I was so completely riveted by a television show. (Or is it taken in?) Will its weird fiction resonances, Rust Cohle's nihilistic speechifying, and the quasi-Lovecraftian spaghetti monster chasing girls through the trees add up to anything like satisfying coherence? Can it stick the landing? My thoughts tomorrow. 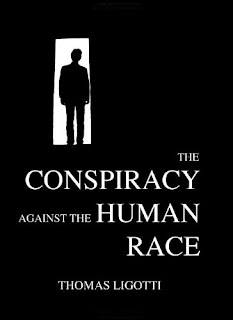 Semi-coincidentally, I've been making my way through Thomas Ligotti's 2010 Stoker-nominated philosophical history of pessimism, The Conspiracy Against the Human Race. I've started it half-a-dozen times, but this time it really grabbed me. (Maybe because now I'm hearing it in Rust's lazy drawl?) At any rate, for such a nihilistic piece of mental gymnastics, it's remarkably funny. Then again, my sense of humor appalls most nice people. Thoughts to come soonish, as it's not exactly a quick read. Good workout for the brain, though.

Finally, I've just finished Richard Gavin's 2012 story collection At Fear's Altar. I'd never read Gavin before -- I think I'd remember him. But with this collection, a little new-Lovecraftian but with eldritch twists all its own, Gavin has caught my attention. Full review to come. 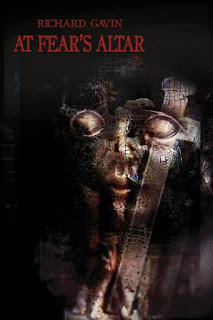 Posted by battyward at 5:44 PM